“Goolwa Pipis are a real natural
fit with our menus. We also like to
showcase the best of Australian
produce, so Goolwa pipis get a big
double tick from us.” 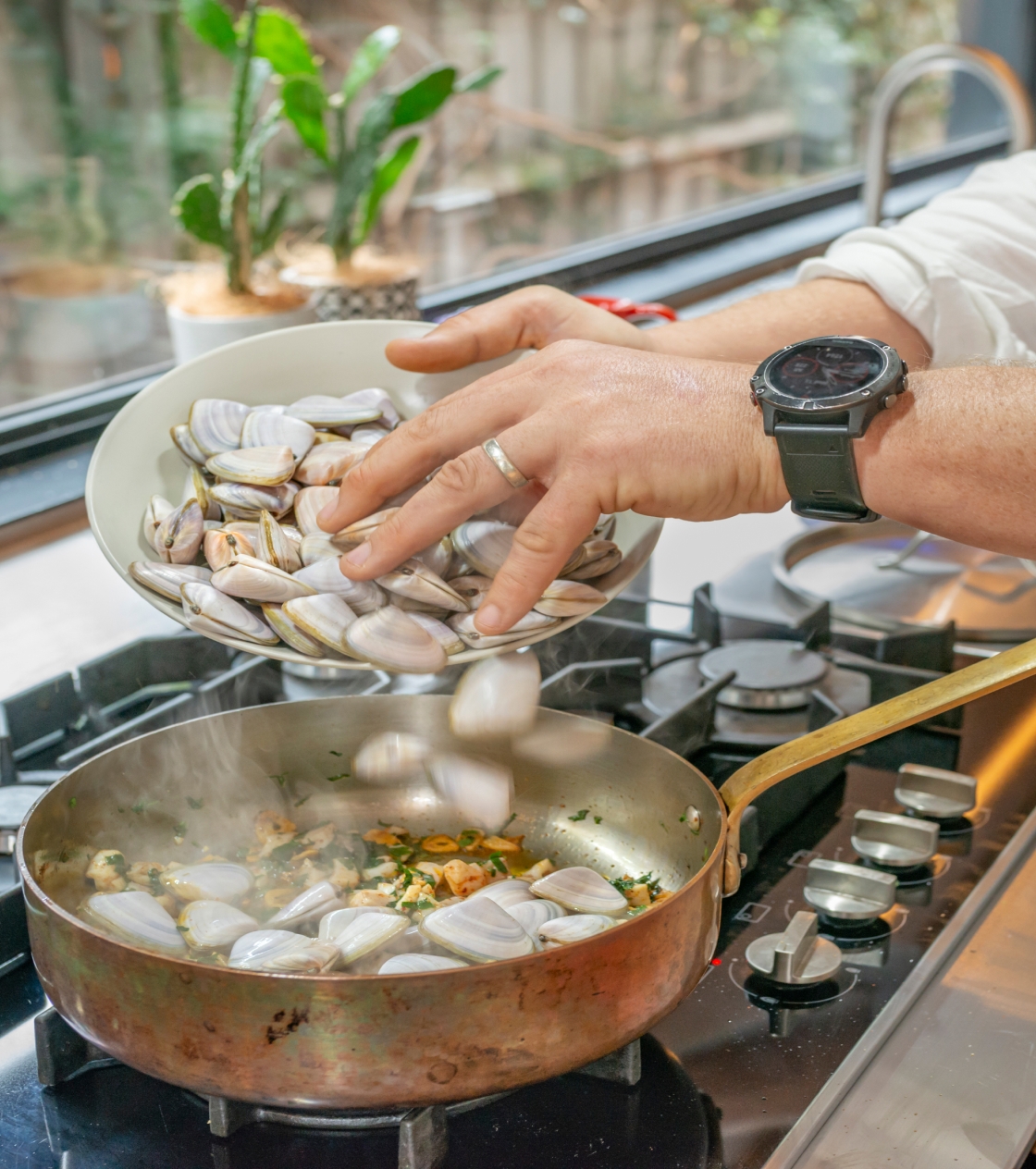 Adelaide-trained chef Jesse Gerner is no stranger to the culinary world. After completing his cooking apprenticeship at the age of 15 in Adelaide Jesse trained as a sous chef at Caroll’s on King in Newcastle before heading up his own beachside café called Grind. He later made the move to London where he gained an interest and polished his art in Spanish cuisine at Moro.

Jesse is now the Head Chef and owner of two of the hottest Spanish eateries in Melbourne – Bomba Tapas Bar and Rooftop, and Añada. Creating the menus himself, Jesse loves incorporating Goolwa PiPis into his dishes.

“Goolwa pipis are very versatile and work with many flavours. With this menu, the pipis actually enhance the salt cod, chilli and garlic taste rather than overpowering it. The juice from the pipis also adds a great umami taste. Pipis and clams, of many varieties, are used frequently in Spanish cooking, so Goolwa Pipis are a real natural fit with our menus. We also like to showcase the best of Australian produce, so Goolwa pipis get a big double tick from us.”

Jesse adds that they’ve been a hit with his customers!

“Our experience with Goolwa Pipis across my four restaurants has been exceptional. They offer a consistent product with great flavour. We’ve had a lot of amazing responses recently to the sashimi-grade pipis as an oyster alternative.”

Jesse’s recipe originates from the Basque Country in the North of Spain. The Pil Pil sauce is a classic sauce made using salt cod, garlic and olive oil. 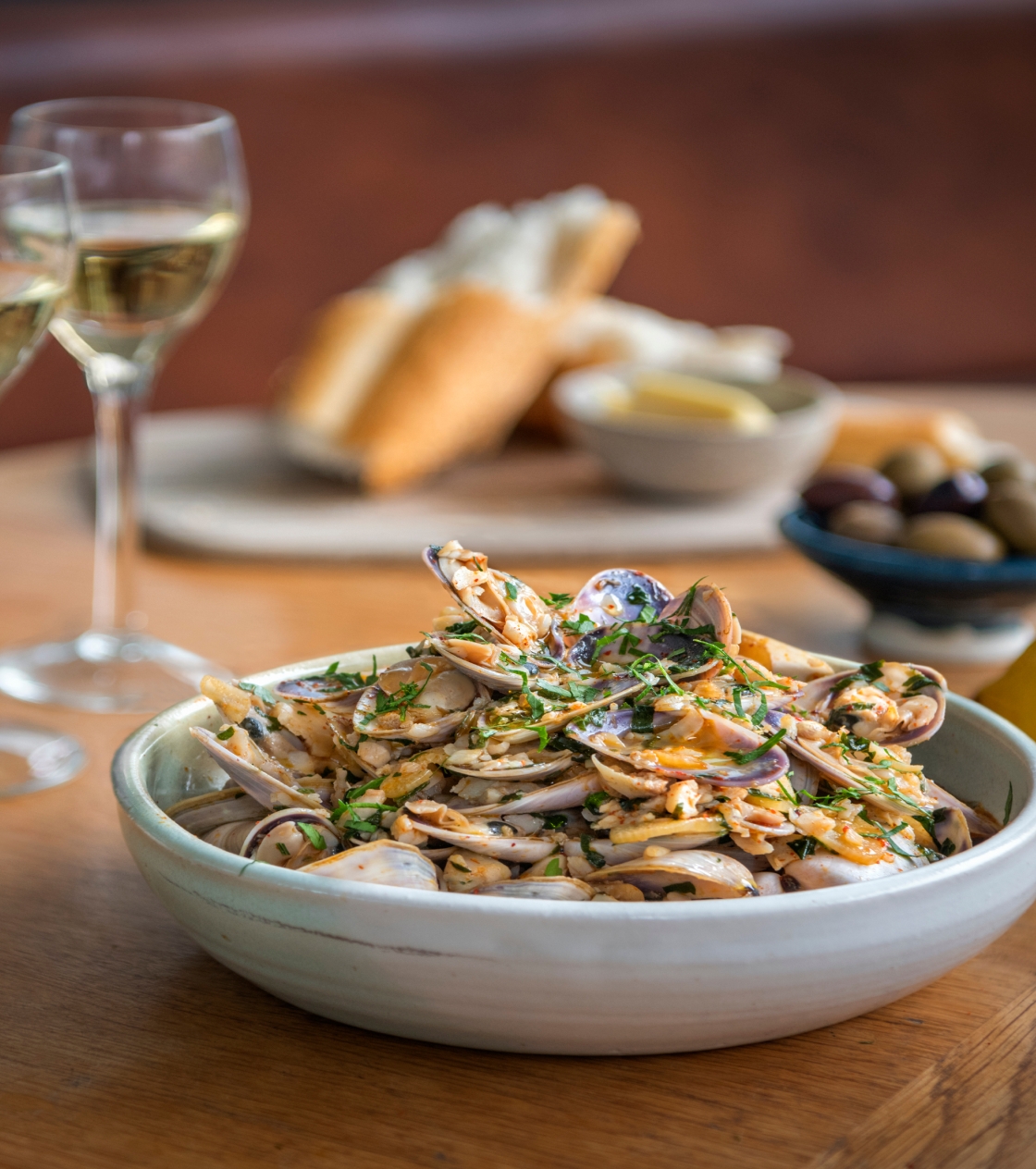